Initiatives that raise awareness of women’s contribution to research : the PLOTINA GAME

The persistence of androcentrism in science, proved in UNIBO by Gender Equality Annual Report and in Europe by SheFigures.

To contribute at the process of elimination of those stereotypes underpinning androcentrism in science to make women’s contribution to research and the gender diversity of research teams more visible.

Interdisciplinary UNIBO team composed by experts of gender studies, statistics, physics, social and political sciences, humanities together with the other ROCK project partners (staff of the Bologna municipality and women from Ass. Orlando).

On the 29th of May, ten people were involved in the Game (3 women and 7 men), 8 students of Medicine and Agricultural and Food Sciences, two representatives of local associations.

Participants learnt about the role and the contribution of women in science. 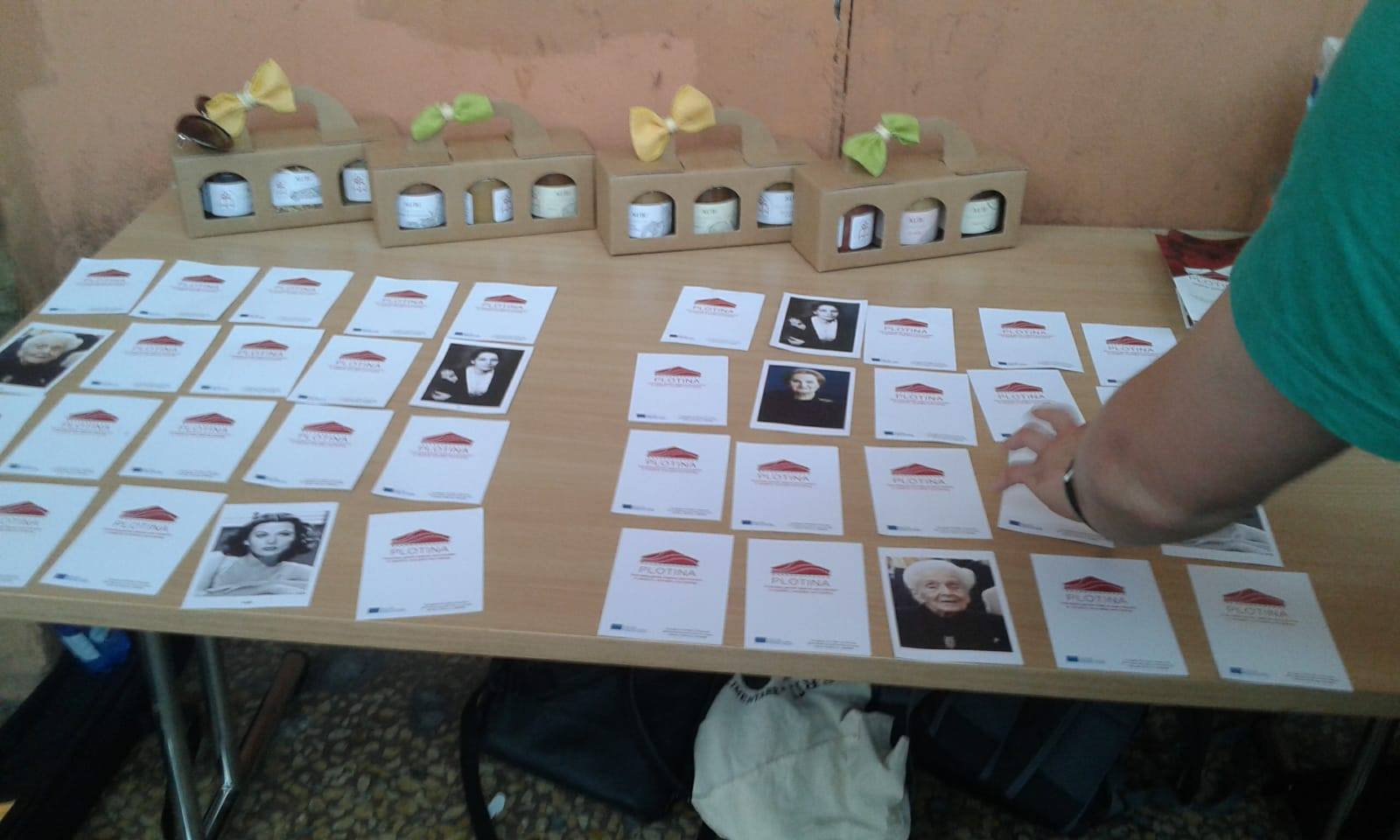 More detailed information about this action

The PLOTINA UNIBO Team have created the PLOTINA GAME, a game focused on career good practices and role models for women, with pictures and history of women scientists, researchers and academics. Like in the Memory game (match game), participants must find the same picture portraying a female scientist in two different decks of cards; once they find it, they are asked to answer to a question on the female scientist, researcher or academic portrayed in the picture.

Moreover, on the 29th of May 2018 the PLOTINA UNIBO Team organized the PLOTINA Game in collaboration with another H2020 project coordinated by the Bologna municipality (ROCK) and the women Association Orlando.

The PLOTINA team tries to organize the game in an attractive way. The desk of cards is enough big to be visible on a table under a stand where posters and roll-up of the PLOTINA project are also exposed. To convince people to play, the UNIBO Team usually explains that “it is a game to laugh and learn”.

Reflection: what we would do differently

Increase the number of occasions to perform the PLOTINA Game even with other partners.

Several participants argued that the Game should be performed in more events and used also as teaching tool in all UNIBO bachelor’s degree programmes.