In accordance with its Gender Equality Plan, Özyeğin University has launched a series of Gender Equality Awareness seminars and workshops for academic and administrative staff. Covering the period between mid-February and mid-Fall semester of the 2019-2020 Academic Year, these seminars and workshops will be held with 7 groups of administrative personnel and directors, and 15 groups of faculty members and academic managers.

Designed in two parts –the social construction of gender norms and the importance of achieving gender equality in the workplace– and delivered in an interactive mode, the first awareness seminar for administrative staff was held on February 14, 2019 on ÖzU’s Çekmeköy Campus. The group was composed of nearly 40 attendees and so will be the other groups of administrative and academic staff alike.

The seminar staged lively and productive discussions about gender biases in general and the negative impact that discriminatory practices and processes have on the career progression of women in administrative posts. In order for the impact of the seminar to be measured and reported, the group members were asked to fill out a questionnaire before and after the session, and this assessment method will be used with slight differences in each seminar and workshop as well.

The number of attendees in the first meeting on February 14 showed that ÖzU’s Gender Equality awareness seminars and workshops will have reached almost all the academic and administrative staff when it is completed. 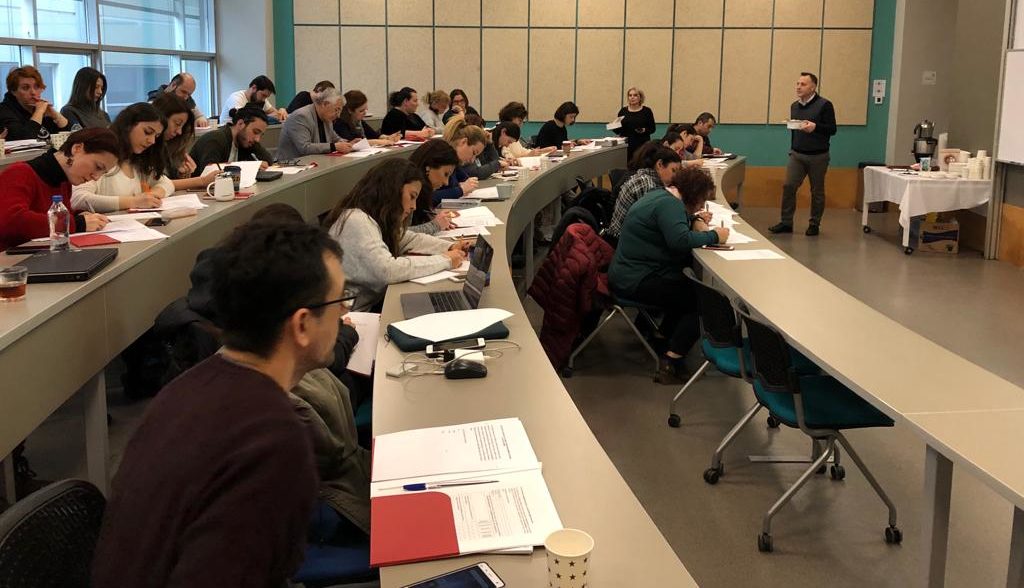