PLOTINA at the 2018 Gender Summit

The 2018 Gender Summit (GS15) meeting was held on 18-19 June in London. It was 15th in the series and the first for London. Like previous events it wasled by influential science institutions, with the Science and Engineering South Consortium of leading universities as the principal partner.

The 2-day programme was organised under the theme “United in Science and through Science”, and included a mixture of keynotes, plenary panel sessions, and parallel sessions, as well as a poster exhibition, professional networking activities, and interlinked public engagement side-events. Speakers included world renown researchers, leaders in innovation, influential policy makers, and champions of evidence-led sustainable, socio-economic development. The goal was to use the ‘gender lens’ to identify gaps in knowledge, new applications for existing knowledge, discoveries that create new opportunities for innovation, and show how to achieve cross cutting benefits.

The PLOTINA partners Angela Balzano (Università di Bologna) and Charikleia Tzanakou (University of Warwick) took part as speakers in the parallel sessions, where Angela presented “The PLOTINA Gender Equality Plan at the Universita di Bologna: best practices for a better science” and Charikleia talked about unanticipated consequence of gender equality actions and how we should think strategically about GEPs to develop transformation actions. whereas the closing session was conducted by Elizabeth Pollitzer (director of Portia). 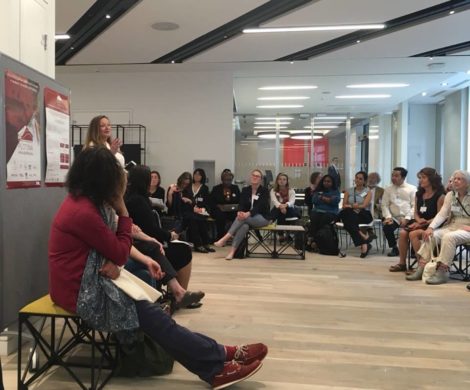