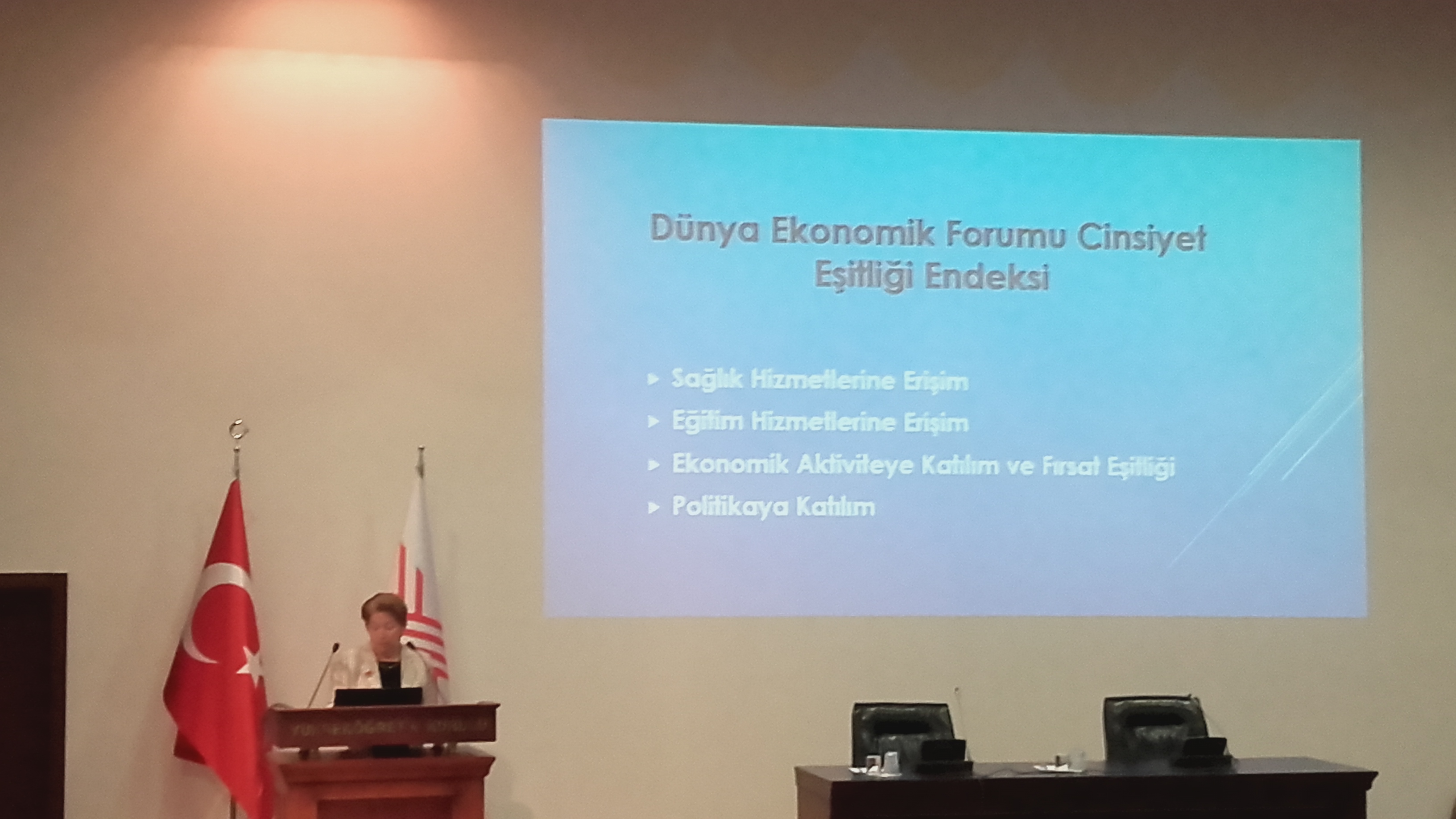 On January 30, 2017, the Unit of Women’s Studies and Problems in Academia, which is a branch of the Council of Higher Education (CoHE) in Turkey, held a meeting in Ankara titled “Convention of Women’s Studies Centers in Universities.” As the PLOTINA team at Özyeğin University (OzU), we attended this convention which was primarily aimed at evaluating the plans and practices of women’s studies centers in universities across Turkey.

The meeting opened with the address of Prof. Safa Kapıcıoğlu, Vice Director of CoHE, who emphasized that higher education and research institutions play a vital role in advancing gender equality and balance in social life, and equal opportunity between genders in the world of labor and economy. Accordingly, Prof. Kapıcıoğlu remarked, CoHE attaches great importance to the activities of the Unit of Women’s Studies and Problems in Academia, and the Convention is one of the many practices the Unit has organized to further its mission.

Prof. Sezer Komsuoğlu, Director of the Unit of Women’s Studies and Problems in Academia, gave a presentation on the current situation of gender equality and balance in universities in Turkey and worldwide drawing on research made by the UN, EU, World Economic Forum and the World Bank. Prof. Komsuoğlu talked about Turkey’s place in the global ranking of women’s participation and productivity in economy, and stated that women’s studies centers in universities should keep endeavoring as intently as they have to enable more women to play an active role in all sectors. Prof. Komsuoğlu concluded by underlining that this task constitutes one of the crucial founding principles of the Unit.

Gülser Ustaoğlu, Director of the Ministry of Family and Social Policies – Unit of Women’s Status, talked about the policies that the Ministry put to practice in order to combat sexual violence against women, to protect the rights of women in social and economic life, and to fully realize the principle of equality and equal opportunity between genders in all areas. Ms. Ustaoğlu then overviewed the legal and administrative mechanisms created to monitor and ensure that the above principles are consistently observed.

Prof. Gülriz Uygur, staff member of the Faculty of Law at Ankara University, gave a presentation on the Statement of Attitude Concerning Gender Equality in Academia that was declared by CoHE in May 2015. The Statement on gender equality, Prof. Uygur remarked, was produced in accordance with the UN’s CEDAW (Convention on the Elimination of All Forms of Discrimination Against Women) that Turkey signed in 1985, Istanbul Convention Action Against Violence Against Women and Domestic Violence signed in 2011, the first 10 articles of the Turkish Constitution and the relevant articles in the CoHE statute. This statement is of utmost importance precisely because it provides the encouragement and institutional framework 1) to realize gender equality in academia, 2) to integrate gender-related subjects into teaching curricula and research, 3) to create gender awareness among academics and students alike, and 4) to establish new women’s studies centers in universities all around Turkey. We gladly observed that the CoHE statement on gender equality in academia and our objectives in the PLOTINA Project are in perfect concord.

In the second half of the Convention, the speakers presented two examples of good practices related to gender equality and balance in academia. Prof. Şevkat Bahar Özvarış, Director of the Center for the Research of Women’s Problems and Applications at Hacettepe University, and Assoc. Prof. Özlem Belkıs, Director of the Center for Women’s Rights and Research of Women’s Problems and Applications at Dokuz Eylül University, talked about the plans and practices they successfully realized to raise gender awareness in their respective academic communities, effect institutional changes from a gender-sensitive perspective and to include gender in teaching. These presentations served as an inspiration for the representatives of other women’s studies centers and the academics willing to establish such centers and research institutes in their universities.

The Convention closed with a discussion session in which participants shared their ideas as to how the practices of women’s studies centers could be improved, what other plans and policies could be developed and implemented, and how the impact scope of good practices could be broadened. At the end, women’s studies centers and groups displayed posters and distributed flyers about their projects during which productive conversations were made among participants and links were established for future communication and collaboration.

As the PLOTINA team at OzU, we took part in this final section with our own posters and flyers. We are pleased to state that our project was met with great interest by the Convention participants to whom we introduced the rationale and objectives of PLOTINA. Our participation in the Convention yielded effective results as we had the opportunity to meet and exchange ideas in the same space with centers, institutes and individuals carrying out similar projects in gender equality and balance in academia. 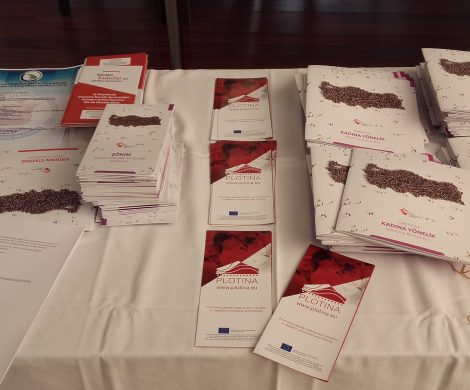 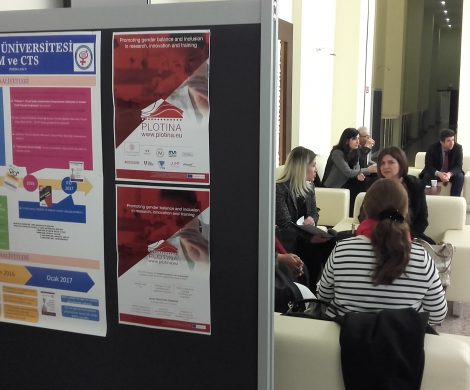 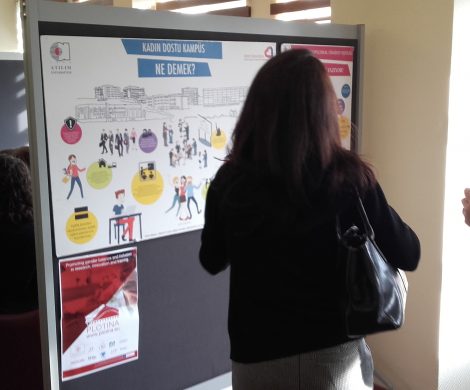 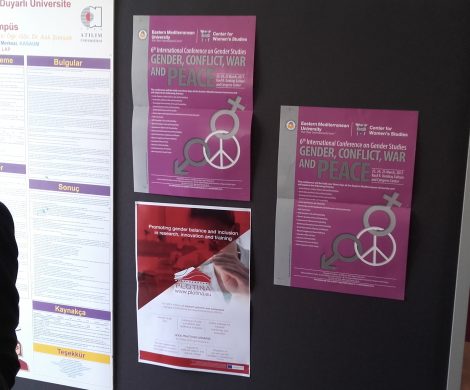 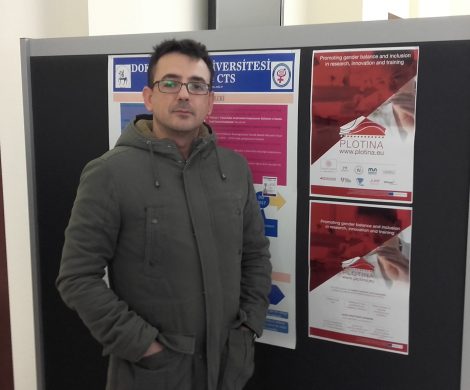 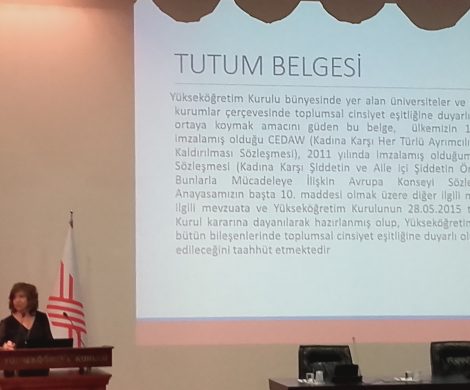 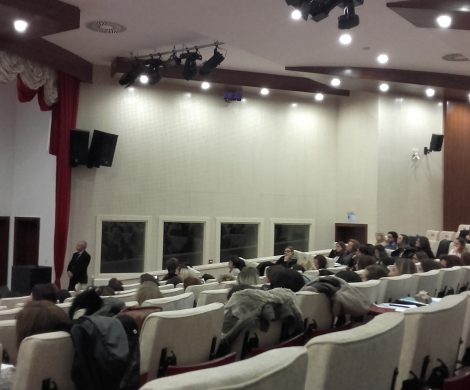 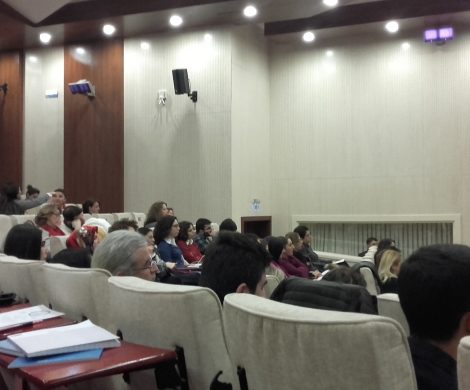